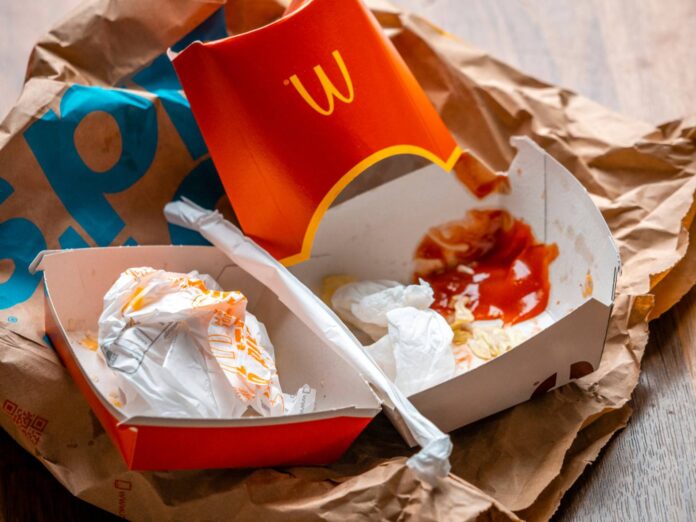 Fast food packaging is packed with potentially dangerous “forever chemicals,” according to a report released Thursday.

Products from McDonald’s, Burger King, Nathan’s hot dogs, Chick-Fil-A, Arby’s and more all had significant levels of per- and polyfluoroalkyl compounds, or PFAS, according to Consumer Reports.

PFAS are found in countless consumer goods, from nonstick cookware to cellphones. The chemicals have also been detected in drinking water nationwide.

Studies have linked PFAS to cancer, liver damage, kidney disease, neurological problems and other harmful health conditions. They’re known as “forever chemicals” because they don’t naturally break down, instead accumulating in human and animal bodies for years.

PFAS are also barely regulated in the U.S. The Environmental Protection Agency only announced a comprehensive plan for the chemicals in October 2021. There are currently no criminal penalties for including PFAS in products.

All those companies would be in violation of a California law that will take effect in January 2023 and ban PFAS in excess of 100 parts per million. Several other companies exceeded a tougher standard in Denmark, set at 20 ppm.

“I would not urge consumers to take these brand names and only go to this one or that one, as this investigation only looked at just over 100 products,” Graham Peaslee, a chemistry professor at Notre Dame, told CNN.