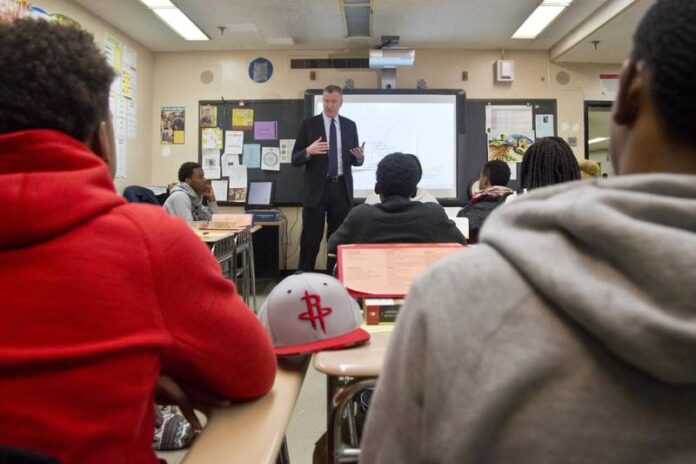 Thursday night, Mayor de Blasio will be sharing his take on the state of our city, highlighting what he claims are improvements across the five boroughs. But for many families living in neighborhoods with struggling schools, the state of our city is anything but strong. These families deserve a mayor who will put their children first, and do the hard work to turn around our failing school system. Their stories paint the real picture of the state of our city.

Chronic failure continues. Gideon Gabbidor’s 19-year-old son is one of the students who has stayed at the chronically failing Boys & Girls; he will graduate this June. Gabbidor heard the mayor promise to turn the school around, but there haven’t been any improvements in his son’s classes over that time.

Instead of the easy busy work he’s gotten, and the inflated grades, Gabbidor wishes his son had been challenged so he would be prepared for life beyond high school. He wants the state to intervene and really fix Boys & Girls High School so kids in his neighborhood can get the academic help they need.

Are There Benefits To Buying A Timeshare In This Day And Age?

3 Ways To Build A Lasting Dream Deck With Steel Framing